The theme for Breakfast at Tiffany’s in 2019 was based around recycling. This dress was made from the foil lined bags coffee beans come in (Thanks Oaklands for collecting them for me)

I cut the flat parts of the bags apart and then cut them into small squares. I punched holes around each piece and then added crochet stitches in silver thread. Sewing the crochet together made the dress flexible. Where I needed to shape around the body I cut a custom piece to fill the space.

To go with the dress I made a cape of fringe. This was made from Mormors coffee bags as their supplier had a nice black outside and silver inside. 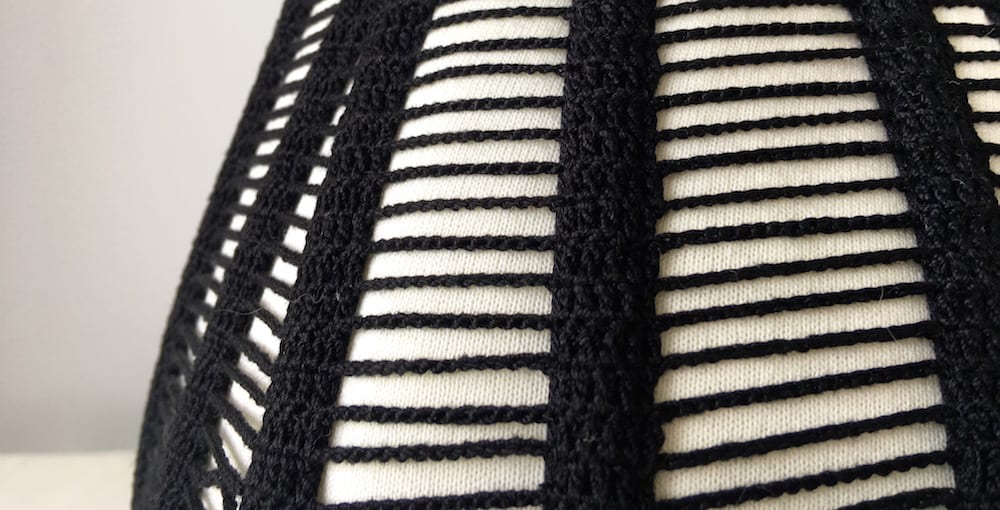 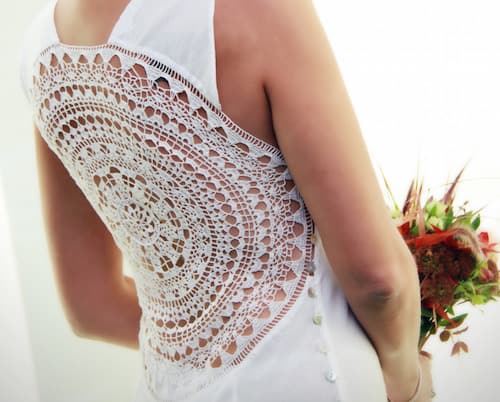 This dress is a few years old now and I have just realised it wasn’t yet posted. It is made from bias cut cotton voile and had a crochet back. The side closes with embroidered loops and mother of pearl buttons. It would need a lovely backless lining to be work anywhere other than the catwalk. 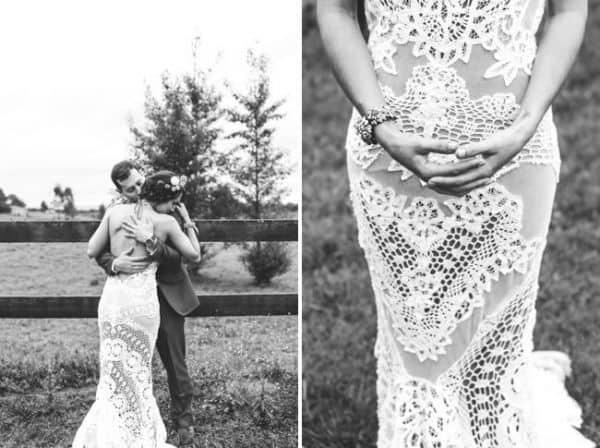 I love crochet and am happy to see it find its place in the world of modern weddings.

The star of the crochet resurgance is this lovely cotton and crochet gown by Jane hill. It has been featured recently on the final episode of the block.  I had seen it before and fell in love with the way the crochet was mixed with other laces on a base of cotton voile. For a more lavish use of crochet I cant go past this Alexander McQueen couture gown. The crochet detail is made of small motifs that have been attached to the dress at only 1 point allowing the crochet to be lifted up from the surface. I also found this sweet little tee shirt with a lace panel on the back. With the right panel this idea would work beautifully for a wedding dress allowing a little glimpse of skin. Lastly this little crochet cocktail frock, perfect for the reception. Crochet given a little edge with threads pulled across the lace. I would love the chance to work with a bride to use some crochet panels in a gown. I can crochet myself but if there is an Aunt or Nana in the brides family who can crochet I dream about working with them to create lace panels to be incorporated in a wedding dress.

This method of using panels of crochet will also work if a bride has a special piece of family lace, The lace can be gently included without any damage to it, ready to be passed on in the family.